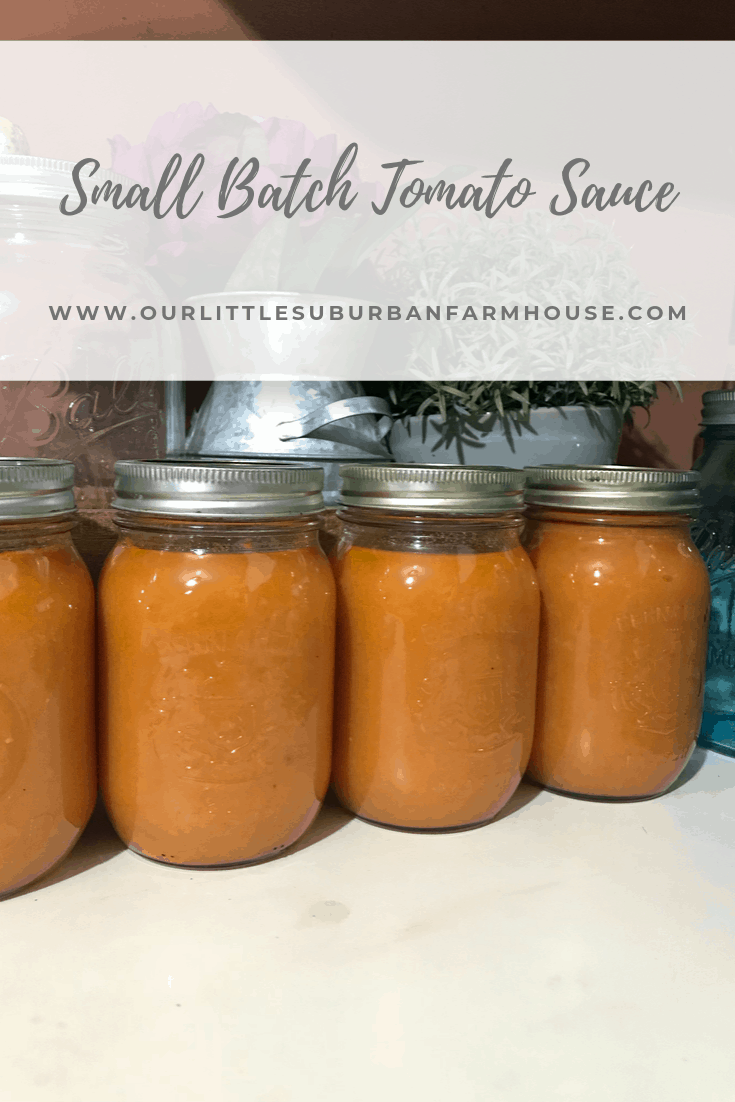 Tomatoes are definitely my happy place and lord knows I definitely grow enough of them. I am proud to only grow heirloom tomatoes. They are open pollinated and I am able to save the seeds year or year which is a huge win in my books. Plus I get to make my very own small batch tomato sauce which is so much better than the stuff you get from the store.

Plus there was the mystery tomatoes, one which grew in the middle of the lawn and two from the compost! So as you can see I have quite a variety! With so many different types of tomatoes each batch of sauce is unique. This is another reason I love making small batch tomato sauce. If there are a bunch on brandywines one week then you can be sure that the sauce that week will be extra sweet!

At the peak of the season usually get about 4 of the 500ml jars a week. This year was an exception as my garden did not do as well as I had hoped. Lucky for me I shared the seedlings I started in my Aerogarden Farm Plus with my neighbour and she in turn shared her tomatoes with me. So a win win as far as I am concerned.

So let’s jump into making some homemade small batch tomato sauce. It’s not hard but it does take some time. But before we can start we are going to need tonne of tomatoes. Lucky for me I have just that amount.

So now that I have enough tomatoes we need to move on to the preparation! You are going to need two large pots filled with water. Once you have that you are going to want to set them both on the stove to boil.

One will be used to sterilize the jars and the other will be used to start the tomatoes on their journey to sauce greatness. When the pots start to boil you are going to want to divide and conquer. Into the sterilization pot, you are going to want to carefully submerge all the jars and their lids. Let them boil for a good 10 minutes. When the time is up, turn off the heat and leave them in the hot water until you are ready for them

The other pot is for the tomatoes. So you are going to want to put an “X”, using a knife in the bottom of each tomato. If the tomato is particularly large then you may want to add two “X’s”.

Once you have an “X” in each of the tomatoes you can toss them into the boiling water. I tend to leave them in until I see the skin start to come away (like the one on the top). If they are really big then I just leave them in a wee bit longer. This is an art not a science people.

When they are starting to look like they are ready you are going to want to set the food mill over a bowl. Then you can take out the tomatoes a few at a time using a slotted spoon and put them into the food mill.

I honestly can’t rave enough about having a food mill! I use it when I’m making tomato sauce (obviously), but also if I am making raspberry jam and don’t want quite so many seeds in it. But primarily I use it when I want to make my soups silky smooth! Anyway back to the sauce!

When the bowl is getting full, move the food mill, making sure to scrape all the good bits off the bottom into the bowl. Then pour the contents of the bowl into another large pot on the stove. Then you can add in the oil and garlic powder and set it over medium heat.

Keep working your way through your tomatoes, boiling them, running them through the food mill and adding the resulting tomato juice to the pot. When you’re done all the tomatoes then you can turn your full attention to the sauce in the pot. You are going to want it to boil down until it is around your desired consistency.

This is more art than science people. Plus tomato sauce is a very personal thing, am I right? Just remember this isn’t going to be like ragu sauce. Pretty much the longer you cook it the thicker it will be. Minimum cooking time is about 30 minutes or it will just be way too runny. If you really want a thicker sauce then you can go as high as 90 minutes, just make sure you are keeping an eye on it. Cooking the sauce for a shorter period of time will lead to a “fresher” tasting sauce with more tomato flavour. Conversely, sauce that is cooked longer will have a deeper flavour, so it really depends on how you like your sauce.

Anyway, when you are happy with the thickness of your sauce you can prep your jars. Carefully take them out of the water, then you need to add 1 Tbsp of lemon juice per 500mL into the bottom of the jar. If you want to add in some dried herbs, chillis or salt then you definitely can. I love basil in my sauce and lucky for me I had an explosion of basil and I dried some of it. So in it goes! If you are feeling frisky then you can add in some chilli flakes, but that’s up to you. Then you can carefully ladle in the hot sauce, making sure to leave 1/2” of headspace.

Then the jars need to be processed in a water bath in order to make sure there are no dangerous wee beasties in the sauce. Carefully place the filled jars back into the boiling water. Make sure they are covered with an inch of water and process the 500mL jars for 35 minutes. Once the time is up you can carefully remove them from the water using a jar lifter and place them on the counter on a tea towel. They will need to remain on the counter for at least 12 hours undisturbed, but it is better to leave them for a full 24 hours. After that, they can be moved to a cool, dark place where they can be stored for up to a year. Oh and don’t forget to mark the date that you canned them!

And there you have it! This is a great way to preserve your tomatoes as they ripen through the season! 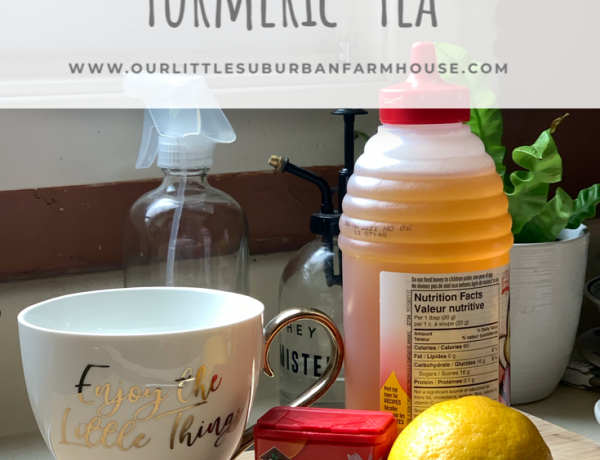 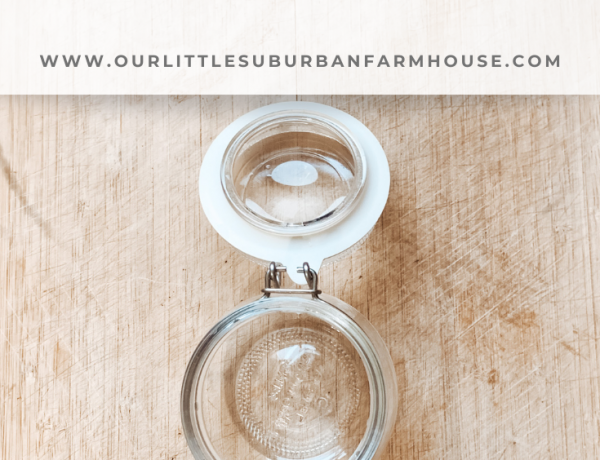 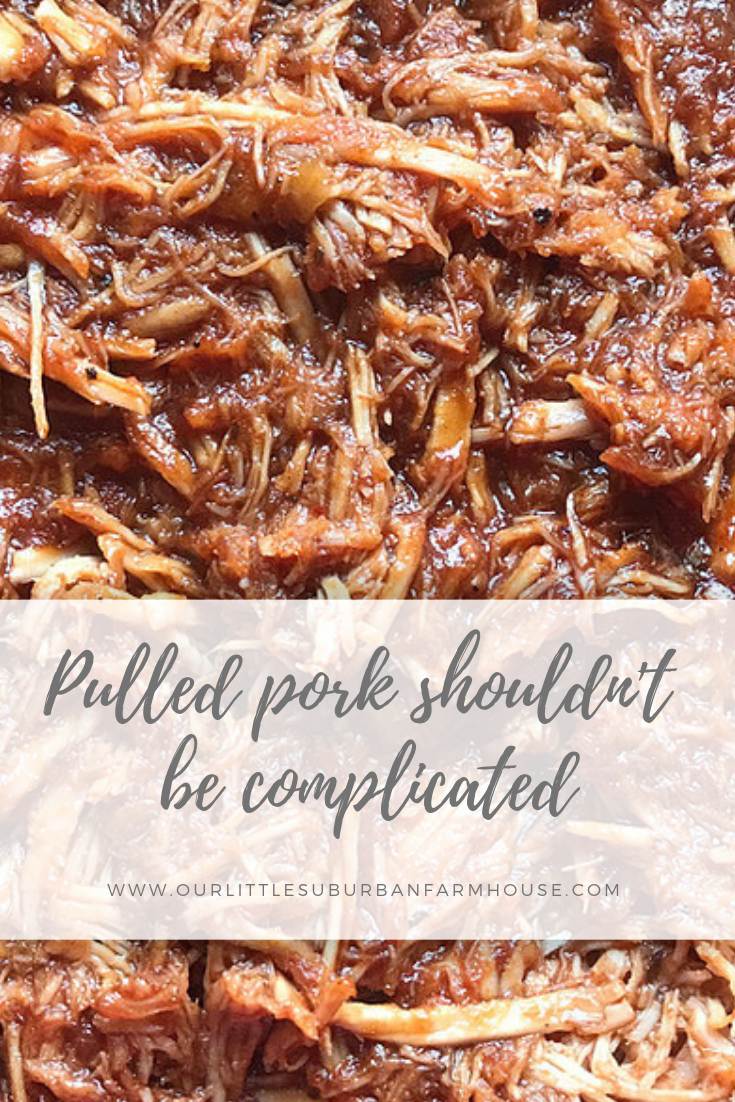 New stickers! Thanks again to the epically talente

Sooooo…I may have bought a few seeds. Stay tuned

So I rendered tallow for the first time today and

Happiness is a @bakercreekseeds delivery 🥰 Wait