What are F1 Hybrid Plants? 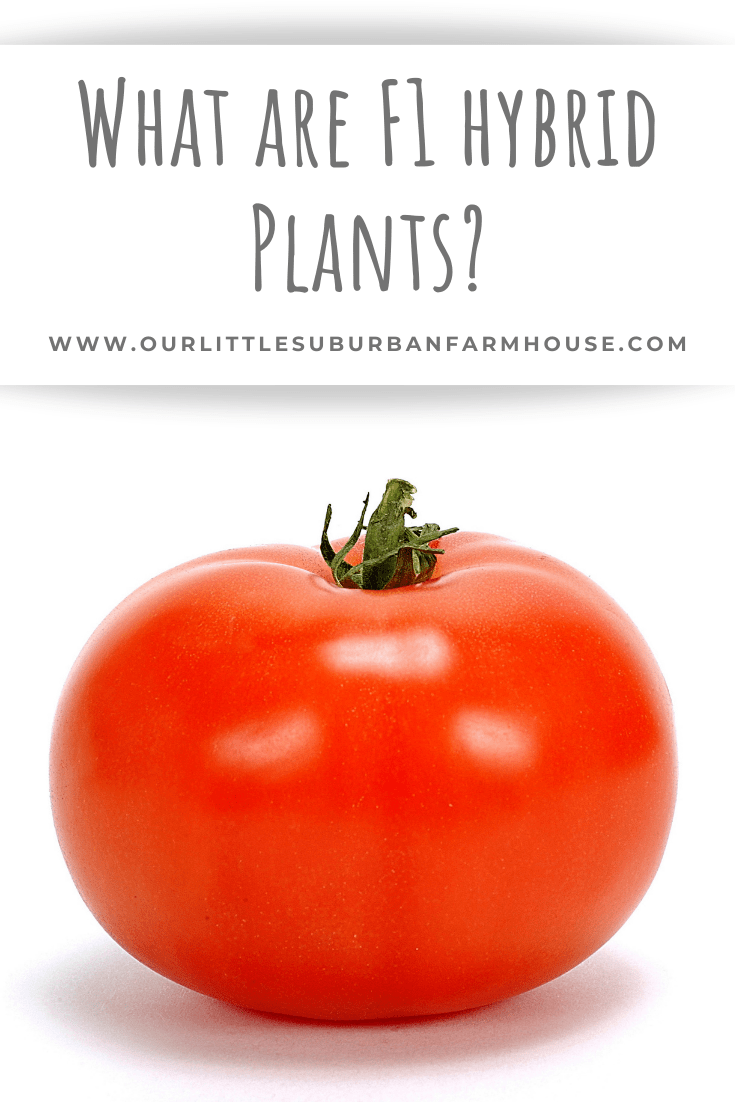 So if you have been around here longer than 5 minutes you know of my deep love of heirloom seeds. I adore the varieties of colours they boast, their nutrient contents and their rich histories. In my own garden (both indoor and outdoor) I pretty much only grow heirloom seeds. Now that doesn’t mean F1 hybrid plants are inherently bad or anything, it’s just my own personal choice to go all-in on heirloom plants.

In truth, if you get your plants from the grocery store or even the nursery there is a good chance that you will end up with a lot of hybrids in your cart. Again, I want to reiterate that I am not saying this is a horrible travesty of gardening. For most gardeners, especially those just starting out or those who just grow small gardens they can be beneficial. This is why I wanted to take some time to talk about them. So let’s jump into the world of F1 hybrids.

What are F1 hybrids?

An F1 hybrid, which is also called a filial 1 hybrid, is a first-generation plant that has been created from distinctly different parent types. As per Wikipedia “The offspring of distinctly different parental types produce a new, uniform phenotype with a combination of characteristics from the parents.” You may even be buying hybrids and not even be aware. Do you love Early Girl tomatoes? Well, that my friend is a hybrid (don’t worry I just found that out too).

How are F1 hybrids created?

Basically, the creation of hybrid seeds occurs due to controlled pollination, predominantly hand pollination. It involves using two genetically uniform plant varieties that each has a specific characteristic that is desirable to pass on to the next generation. This combination of traits typically leads to what is called hybrid vigour. Basically, this means that the F1 hybrids typically produce larger yields and grow more vigorously than either of the parents. This is also known as heterosis.

Creating a new hybrid is not a quick process. It is imperative that you start with two pure varieties that will be used as the parent plants. Then the cross-pollination can occur, after that, it is a waiting game for the seeds to be produced. Then they must be grown to see if the resulting plant meets expectations. If it does then the original cross can be repeated and the seeds sold. If not, then it is back to the drawing board to try again.

What are the benefits of F1 hybrids?

In a nutshell, it comes down to homogeneity and predictability. Hybrids can be expected to be consistent. They can have such benefits as disease resistance, increased flowering, higher yields, a specific colour or taste. Basically, you are making a plant that has something that makes it “special”.

Hybrid plants combine the most desirable traits of both parents and excel at both of them. They can rely on the act the same way each time they are grown, as well as being particularly vigorous and productive. Companies like them as they force you to buy them again each year, more on that in the next section.

What are the drawbacks of F1 hybrids?

For me, the biggest drawback is that you can’t save the seeds of hybrids and the resulting plans will not be true to type (aka you never know what you will get) or they can be sterile. That said I did just do a trade with Callie who is part of my seed exchange group, for some of her One too many pumpkin seeds. That is a picture of her pumpkin up there. If you’re not part of a seed exchange then check out 5 Reasons you should join a seed exchange!

Another disadvantage is that hybrids can be more expensive given all the work that goes into creating and maintaining them. Some people also feel that the taste of hybrid vegetables is less than that of heirloom varieties. Personally, I would need to do a taste test before I could get behind this. But one thing I can say is that you are going to get WAY less variety if you go the hybrid route. They also have a much smaller gene pool than heirlooms and open-pollinated varieties do.

The last disadvantage I can think of is that if the producer decides for whatever reason to stop producing the hybrid variety then you are out of luck. The parentage of hybrids tends to be a closely guarded secret, so chances of another breeder recreating the same hybrid are slim.

Nope, F1 hybrids are created by cross-pollinating two pure strains of the same type of cultivar. The hand pollination involved is not a form of GMO.

Yes, they can and there are few seeds we grow today that are in their true original form. That said, most hybrids today are man-made. For it to occur naturally in nature it requires two closely related plants to grow within close proximity to each other. Then it is possible for cross-pollination to occur thanks to insects or the wind. Then if the seeds fall to the ground it is possible for a hybrid to emerge the next season. But it would most likely stop there due to the fact that most hybrid seeds are sterile. Or the resulting seeds would most likely revert to one of the parent forms…but you never know!

Can you save seeds from F1 hybrids?

Yes but I wouldn’t bother. Why? Well, chances are you are not going to end up with the plant you are expecting. As the hybrid was created with a mostly unnatural crossing the seeds saved will tend to revert back to the characteristics of one of the parent plants. So if you are saving sees expecting o get the same thing next year you are most likely going to be disappointed. Seed companies don’t want you to save seeds as they want you to buy year over year.

This is one of the main reasons I only grow open-pollinated, heirloom varieties. I love being able to locally adapt my plants to increase production and disease resistance, oh and to save money. Money that I then use to buy new varieties that I don’t have…LOL Which I then save seeds from and the vicious cycle continues. I currently have over 100 different seed varieties and my 2021 shopping list for Baker Creek Heirloom Seeds is growing by the minute. SO if you want to see what seeds I have and want to trade check out My Heirloom Seeds.

Technically yes. But it’s going to take a LONG time and a LOT of effort, which means it is out of reach for most micro homesteaders. Seeds from the F1 hybrid plants as I mentioned are not genetically stable also working against you is the fact that F2 and later generations do not benefit from that same hybrid vigour you see in the first generation. That said it is possible for hybrid seeds to become stabilized and therefore open-pollinated varieties. But, in theory, it can be done as long as the seeds of the F1 hybrid are not sterile.

So you are you #teamheirloom or #teamhybrid? Or perhaps you grow both in your garden? Let me know in the comments below as I am always curious as to what types of seeds other people are growing in their garden and why. 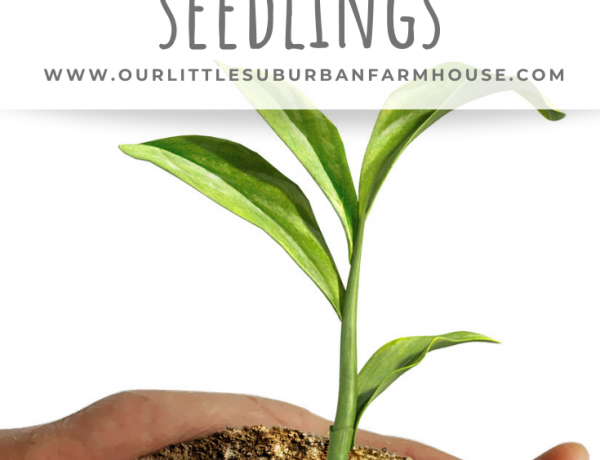 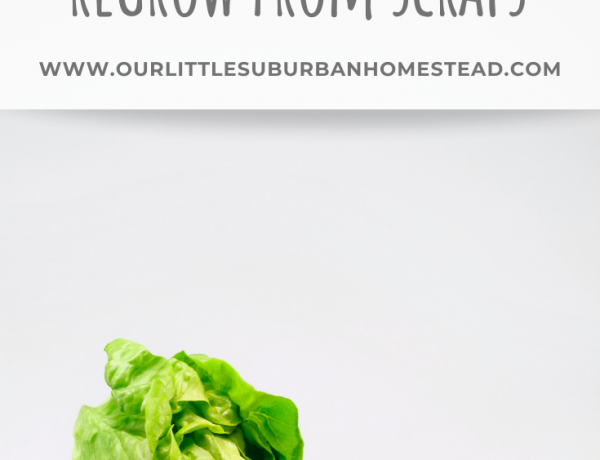 5 Vegetables that regrow from scraps 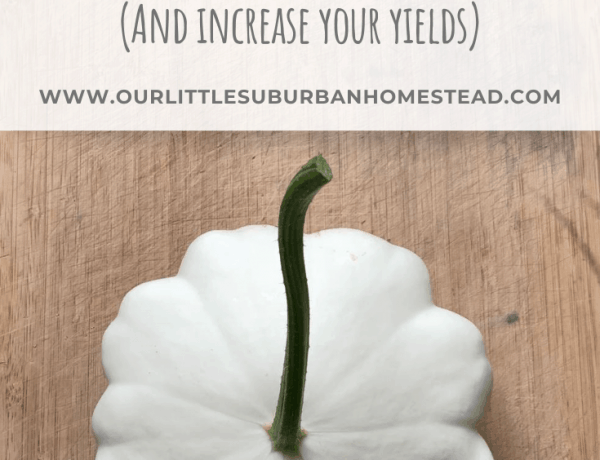 How to hand pollinate squash

8 Cover crop benefits that make them a game-changer